Insurers, Pharmacy Benefit Managers(PBM), advocacy groups  such as AARP, and others are using their amassed wealth and influence to game the over-complicated and burdensome healthcare system for their own profit on the backs of the American taxpaying patient while fragmenting their care.  Let’s follow one pathway of corporate profiteering that results in a poorer quality of patient care:

United Healthcare’s subsidiary Optum (the company formerly known as Inginex) is one of the three big PBM…  companies that control what drugs your insurance company pays for and how much, while having the government given right to receive kickbacks from pharma manufacturers (conflict of interest much?). These kickbacks are costing Americans $200 BILLION PER YEAR and a prime reason why Optum got so rich. Their 2018 profits put them at the 100 billion mark.

How did a company with a history of fraud get so rich? Round up the usual suspects of the government/corporate cronyism.

After the fraud charges,  Ingenix rebranded itself as Optum, it’s CEO Andy Slavitt left and in 2015 became the Head of Center for Medicare and Medicaid Services(CMS)  while the former head of CMS, nurse Marilyn Tavenner, left to become the president of the insurance industry’s  lobby group AHIP. Slavitt was able to cash out stock options TAX FREE, getting a $4 million windfall.

Curiously, in 2015, while Slavitt is running CMS, Optum seems to take over the publication and administration of the CPT and ICD coding, their logo appearing on the coding material.

As if kickbacks, and coding are not enough, Optum finds another revenue stream via home visits. They send clinicians to medicare advantage patient’s homes often incentivizing the patients with gift cards.  ( apparently they discovered that kickbacks work)  These “wellness visits” prevent patients from being able to see their primary care physician for an annual physical, thus fragmenting care, while failing to forward critical information to the patients’ physicians.

These visits seem designed for Optum to be able to increase risk scores, and thus collect more from Medicare. A possible scenario: order protein levels, often low in elderly patients, increase the patients risk score, and viola!  Optum collects more from Medicare, and thus from the pockets of TAXPAYERS. Apparently, someone in the Justice Department is paying attention, as United looks to be in the hot waters of fraud yet again.

All this money-making benefits the AARP, a formidable lobby force in DC. The AARP gets nearly 50% of its income from royalties the big insurance companies pay them to peddle Medicare advantage plans, the bulk from United/Optum. A mere  17% of AARP’s collections come from membership fees from its 37 million members.
https://capitalresearch.org/article/aarp-advocacy-group-or-crony-capitalists/

There you have it: big insurance and their PBM henchmen, hired by our government, teaming up with the AARP all getting rich gaming the system while Medicare patients get fragmented care and taxpayers pay more. Medicare advantage plans? They ought to call them “taking advantage of taxpayers plans. ”

What’s going on with the recent flurry of acquisitions and divestment in the Hospice industry. IP4P asked HIT-industry veteran Barbara Duck (@MedicalQuack) to weigh in:

“Optum certainly kept this very quiet when they sold their hospice facilities to Compassus; however, they are not out of the business, they want to manage it instead, just as they manage surgeons and physicians with Surgical Care Affiliates and OptumCare doctors.  The worst nightmare for those in hospice has come true, the thought of Optum utilization managers running around Compassus Hospice facilities as they intend now to use Optum Hospice Services to manage them.  Hospice care by the algorithms is what we are looking at here with even more undue and not proven analytical scoring of patients taking place at their last days of their lives.  I think the screen from the PowerPoint presentation on the revenue growth here tells the story of what this company’s (Compassus) goals are, revenue and not patient care being the first priority. END_OF_DOCUMENT_TOKEN_TO_BE_REPLACED

We wrap up 2017 with a guest post from friend of IP4PI Barbara Duck (@MedicalQuack):

This should not really come as a big surprise as what hasn’t the pharmacy benefit managment business touched?  So what is OptimizeRX?  Most have probably not heard of this software but it is a connect to EMRs that will send your prescription right to the pharmacy.  Oh, now you say, well 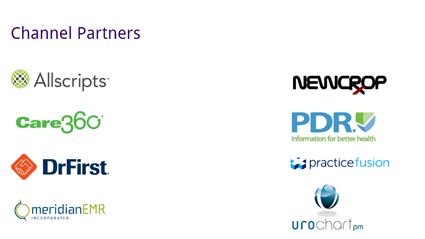 the PBMs do that and they do but what they have been missing is a way to collect data on patients who are not using their PBM prescription card or those who do not have one.  It’s all about getting more data about you to “score” and of course sell those scores to insurers and other interested parties.  Once the pharmacy has the transaction, it does not fall under HIPAA rules as it’s a prescription, linked to an EMR to provide a transaction.  As we all know, your medications in an EHR are protected but again, I’ll repeat this for those who still think HIPAA is covered at the pharmacy, it is not.  It’s been a sore spot for years with privacy. END_OF_DOCUMENT_TOKEN_TO_BE_REPLACED

Here we go again.  If you haven’t figured this out yet, when you buy a Cigna Health insurance policy you get a two for one with 2 insurers.  Cigna provides the insurance benefits and then it’s pharmacy benefit manager, PBM OptumRX (biggest revenue sector subsidiary of United Healthcare) that runs all their formulas via the computer and tells the pharmacist what to charge you.  (Video at the break below-watch it!)

If You Are Insured byCigna, Guess What You Have a New Pharmacy Benefit Manager Named United Healthcare

END_OF_DOCUMENT_TOKEN_TO_BE_REPLACED

One thing we all hate is the high prices we pay in the US today for our prescriptions.  Sure we do get some discounts, but that too has become an effort in algorithmic shopping to click here and click there to get the best price.  It shouldn’t have to be that way, 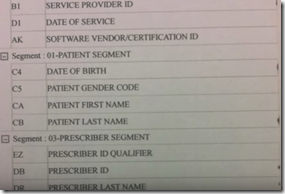 but it is as that’s how the systems have been built.  There are a ton of discount prescription cards floating around out there and they all vary in one way or another, but the big thing to remember about all of them is that they are a marketing firm that can and will sell your data to make money.  In addition, the discount cards act just like a pharmacy benefit manager with getting all your information when you use them to fill a prescription.  In addition, some of them offer referral fees so they can increase the size of their data base of patient information.  Data means money today and it can be repackaged and resold over and over, and yes, that’s us. END_OF_DOCUMENT_TOKEN_TO_BE_REPLACED

How many people know that United-owned Optum has a bank?  They don’t offer any retail services outside of an Health Savings Account to the public but many companies offer this for people who have a high deductible health insurance policy.  You can read through Yelp and make your own opinions if you want to dive in a bit more.  The bank is located in Salt Lake City and most of what one would do with this “custodial” bank would be online

of course.  There are other Health Savings Accounts around of course to choose from.  Well here we have MasterCard who we should all know by now are just marketing and mining your data to who ever seems to have the money to buy anymore.  Here’s a company names Argus, who buys credit card information and then continues on to “score” you.  We’re not talking credit scores here, but anything they can think of where they can take data, score you with some query some Rogue software engineer came up with to make money. END_OF_DOCUMENT_TOKEN_TO_BE_REPLACED 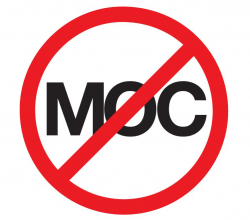