So maybe now so many of our inactive and sidelined peers will begin to see the light?

By the way, does anyone else see the UNCONSTITUTIONAL BEHAVIOR OF THE LEGISLATURE in all of this and of the Executive Branch in all of this (in that Order Please!) and can we say that the justice department has been less than supportive of the same set of documentation’s principles that we used to live by and now they keep digging in to find ways around those very same principles.

We need to take our government back from the elite and empower the people to participate once more. we need to do that through new leadership from outside the current power groups. since we have the potential to be that group of l;eaters who put people first and corporations second and since we have a great deal of experience at doing exactly that, perhaps it will be our professional group that a major component of theta kind of momentum will come from. There are other professionals with broad educations and similar concerns (teachers, who place children and students first as an example), Firemen, EMS services, Police officers, ground forces from the military and “military in the trenches” (Not the highest officers), small business owners (service oriented), etc.

This group traditionally has middle class and upper middle class people at the core of their work force and they traditionally carry the weight of helping the poor and the disabled. It is this group that is now incapable of serving in government due to lack of money to run, undesirable in the eyes of the corporate world due to their willingness to curb corporate governance secondary to its innate ability to ignore people for the bottom line, and shrinking in size due to taxation and fees forcing the group that has survived to work longer hours just to be able to stay in their homes.

Perhaps now the people can see past the “rhetoric” which has become spin and not intelligent logical discussion, and push for “equal representation” in all government affairs.

We have the technology to do nationwide referenda, we should use it. There are very few if any libraries in this nation that do not have computer access and these can be the way-stations for those who do not have acres otherwise to participate and schools could also be service portals for access as well.

A look at statistics on computer sales and one can get the general picture, between 1 and 3 computers per person in the US sold in 2011 alone. This does not include net access through phone service. 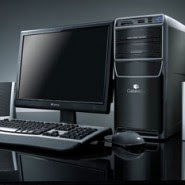 Mobile phones themselves have the potential to solve the problem of contact and or participation by anyone who wishes to be a participant in national referenda. 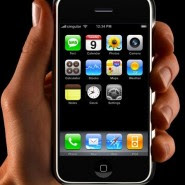 Social media and computer technology is being used against us but it can also be used to help us.

This is at least one powerful pathway toward restoration of the “government of the people, by the people and for the people”.

Now do we have the Intestinal fortitude to stand up and take back our birthright or are we going to continue to defend into a perverse Orwellian future of human cogs in a corporate machine. We have seen these worlds depicted in s very many movies where the world requires a single human being to stand against the tyranny, Superman, Hunger Games, Battle Star Galactica, Tron, Rollerball, Metropolis and so many others.

DO we want another hero to arise and save us? In most if not all those literature versions of this model, the hero is fictional and appears to represent the needs of the people. The facts are that the people themselves have always had to be the nexus from which these actions can occur. The question we must ask is do we want an evolution toward this goal or will we have to suffer the consequences of revolution?

Social networking and referenda can be used to change political agenda very effectively and there are many examples of this world wide now (even locally). These changes have reduced the potential for revolution and even brought an end to revolutions in progress.

Technology has always been a two way street. Are we wise enough to use it to our advantage and not allow the government to continue to crush us with its capacity to ab use the public and control us without recourse?

This site uses Akismet to reduce spam. Learn how your comment data is processed.